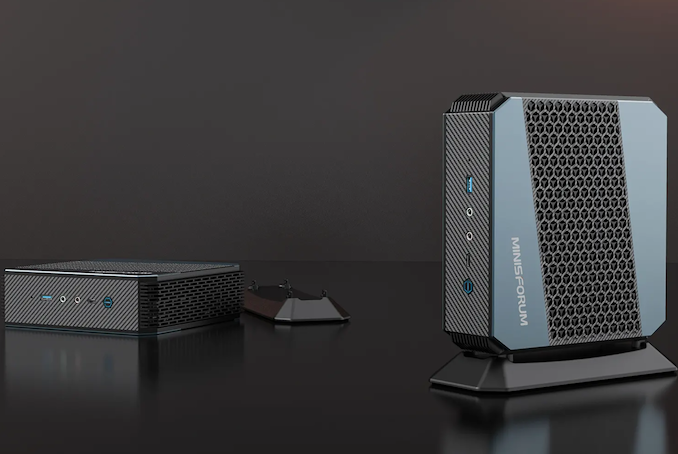 MinisForum, a Shenzhen based manufacturer of compact computing platforms, has been steadily bringing both AMD and Intel-based systems into the market. While the mix has mostly involved platforms that are a couple of generations old (allowing for competitive customer pricing), the company releases products based on the latest processors occasionally. Recently, the company sent across details of two of their 2021 introductions - the EliteMini TL50, and the EliteMini HX90. The TL50 is based on an Intel Tiger Lake-U processor, while the HX90 is based on an AMD Cezanne Zen 3 notebook APU.

The HX90 is the more interesting of the lot - MinisForum has managed to source the top-end APU, the AMD Ryzen 9 5900HX, for the system. The TL50, on the other hand, comes only with the Intel Core i5-1135G7. The TL50 also uses a highly-integrated motherboard with soldered LPDDR4 DRAM (12GB), but the M.2 NVMe SSD the only upgradable component. In fact, the company only offers one configuration with 12GB of soldered DRAM and a 512GB SSD pre-installed with Windows 10 Professional. The form-factor is slightly bigger than the mainstream UCFF NUCs with the 1.2L box including support for the installation of two 2.5" drives. The TL50 is available for shipping today and is priced at $649. 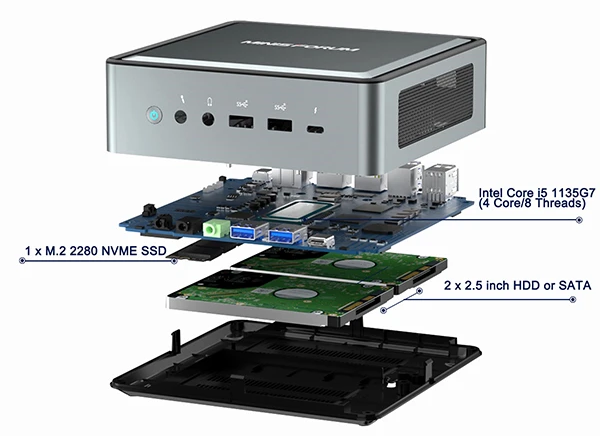 The HX90, on the other hand, uses a 45W TDP notebook processor, and hence comes with additional cooling requirements. The form factor is correspondingly larger, and the system has a 2.2L volume footprint. The key seller here is the Ryzen 9 5900HX APU which delivers gaming capabilities not found in other systems of similar size / cost. MinisForum is also promising a carbon fibre-infused chassis for a premium look. Unlike the TL50, the RAM is upgradable. Other differences are brought out in the table further down. 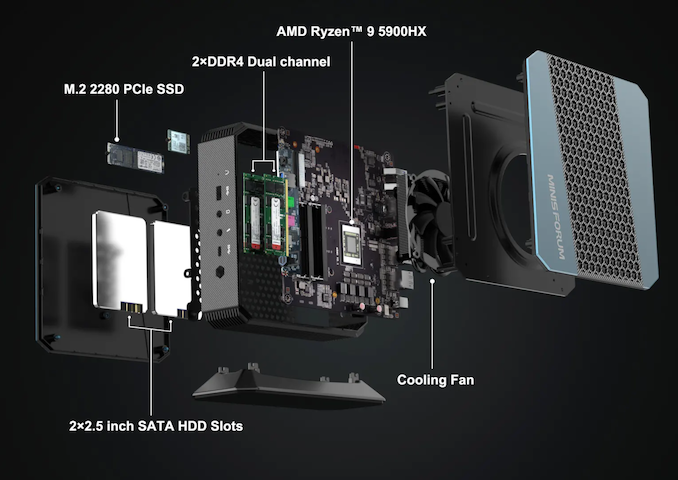 The barebones version of the HX90 is currently priced at $629, which apparently includes a $100 early-bird discount (the units aren't slated to ship until September).

Both PCs look a bit weak in terms of I/O capabilities compared to other mini-PCs in the market - while the TL50 does include a Thunderbolt 4 port and dual gigabit LAN ports, the HX90 has only 1x 2.5G BASE-T port and the USB ports are all Gen 1 (5Gbps). The HX90 does support four simultaneous 4Kp60 display outputs, while the TL50 only supports three such displays. The target markets are slightly different, as the TL50 is meant for home / office scenarios, while the HX90 falls under the gaming mini-PC line. Having had hands-on experience with multiple MinisForum units in the past, my impression of the brand is generally favorable unlike the host of other no-name Shenzhen-based sellers typically found on Amazon. In general, I would recommend the barebones version of their systems when possible - similar to a lot of other system vendors, the pre-built configurations come with only one DRAM slot occupied, leaving significant performance potential untapped.