Ahead of tomorrow’s launch of Middle-earth: Shadow of War, today NVIDIA has released driver version 387.92, featuring support for four Game Ready titles: Middle-earth: Shadow of War, The Evil Within 2, Forza Motorsport 7, and ARKTIKA.1 (VR). This release also introduces the new 387 driver branch, bringing along feature updates such as Fast Sync under SLI and OpenGL 4.6. Several bugs were also addressed, making 387.92 a rather extensive update.

For Shadow of War, the driver brings Ansel and SLI support. As a reminder, until October 16th select GTX 1080 and 1080 Ti cards will come with a copy of the game as a bundle. 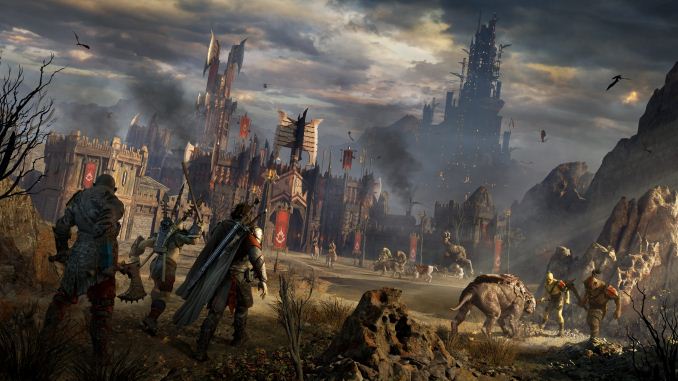 As far as the new features go, 387.92 adds Fast Sync support for SLI, with some caveats. Introduced with Pascal in 2016, Fast Sync is a v-sync mode roughly analogous to triple buffering, aimed at mitigating the high latency of traditional v-sync. For 387.92, Fast Sync under SLI is only available for bridged Maxwell GPU configurations at resolutions less than 4K, and bridged Pascal and later GPU configurations at any resolution.

The 387 branch also sees NVIDIA GameStream support for HDR under Windows 10. However, NVIDIA does note a relevant open issue: on notebooks using hybrid graphics, where the discrete GPU drives the primary display, there is graphical corruption before a streaming game goes into full-screen.

For bug fixes in 387.92, NVIDIA has resolved the following issues:

Wrapping things up, NVIDIA has also added or updated the following SLI profiles:

The updated drivers are available through the GeForce Experience Drivers tab or online at the NVIDIA driver download page. More information on this update and further issues can be found in the 387.92 release notes.