With NVIDIA’s fall GTC event in full swing, the company touched upon the bulk of its core business in one way or another in this morning’s keynote. On the enterprise side of matters, one of the longest-awaited updates was the shipment status of NVIDIA’s H100 “Hopper” accelerator, which at introduction was slated to land in Q3 of this year. As it turns out, with Q3 already nearly over H100 is not going to make its Q3 availability date. But, according to NVIDIA the accelerator is in full production, and the first systems will be shipping from OEMs in October. 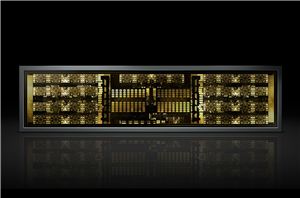 Back in 2016 when NVIDIA launched the Pascal GP100 GPU and associated Tesla cards, one of the consequences of their increased server focus for Pascal was that interconnect bandwidth...