Along the top of the EVO 4G, just to the right of center is a power/lock button. It barely protrudes from the chassis which makes it difficult to hit both on accident and on purpose. On the right side of the phone is a volume rocker switch, which squeaked on my review sample. Those three are the only physical buttons on the device. The EVO 4G is all about its screen and HTC did nothing to detract from that. 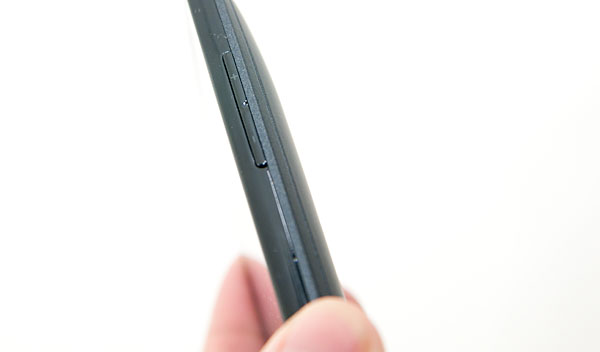 The line of capacitive touch buttons along the bottom of the screen are responsive and by default have haptic feedback enabled (the phone vibrates slightly when you hit one of them). Unlike the Incredible I reviewed, the back of the phone didn’t rattle whenever the phone vibrated. 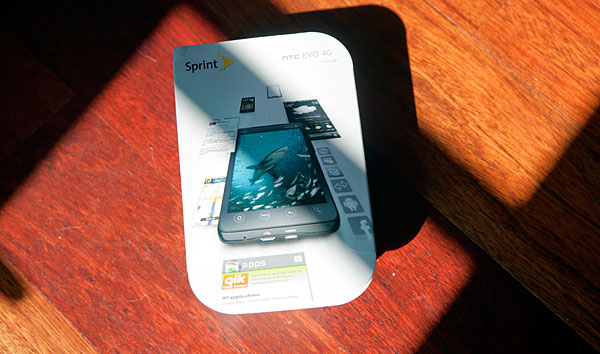 The touch buttons themselves are just as responsive as on the Incredible, which also means they are much better than those on the Nexus One.

The EVO 4G feels pretty solid. The front is nearly all screen (minus the row of touch buttons at the bottom), the border of the phone is glossy black plastic and the back is a very soft feeling plastic that’s wonderful to pet. The device doesn’t feel fragile.

Since there’s very little border around the screen and buttons I found myself accidentally triggering the quick search and sometimes the camera app with my palm while holding the phone.

Getting the back cover off is simple enough: just stick your finger nail in the opening at the top and pull it off. It snaps back on just as easily. I found that in general the EVO 4G seemed to be better built than the Incredible but not quite as solid as the Nexus One. 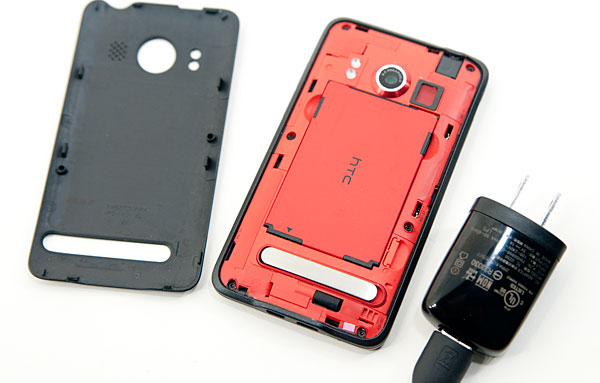 Beneath the rear cover you’ve got the now typical HTC arrangement. A beefy 5.5Whr battery and a microSD card slot for media (and eventually app) storage. The phone ships with a 8GB microSD card by default.

Along the bottom of the phone you’ve got a micro USB connector and a mini HDMI connector. The latter can only be used while playing back videos; it won’t mirror the EVO’s display to your TV unfortunately. 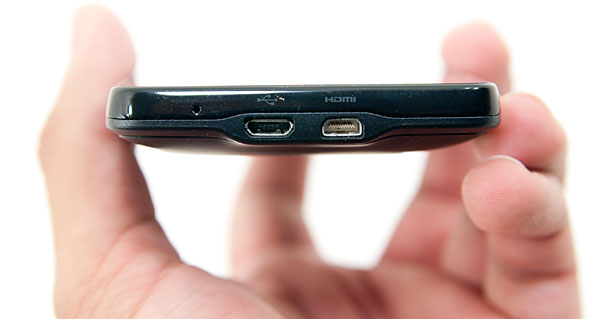 The phone comes with a USB cable and USB power adapter. The HDMI cable is sold separately.

Inside the HTC EVO 4G is a Qualcomm Snapdragon QSD8650 SoC. This, unlike the Snapdragon in the Nexus One, supports both GSM and CDMA networks, which is what lets this phone work on Sprint.

The Snapdragon SoC has an amazing amount of integration that brings the CPU, GPU, video encoder, decoder, camera processor and modem all onto a single piece of silicon. To enable WiMAX support HTC turned to Sequans and used its SQN1210 WiMAX radio; this is what gives the EVO its 4G network support. 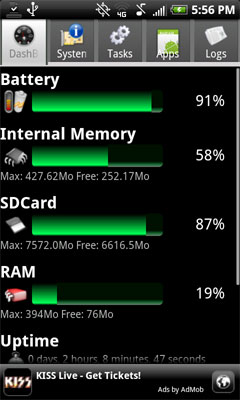 The 4G radio has an easily accessible on/off widget on one of the home screens by default, but honestly the Sequans chip appears to do a good job of being power efficient. I didn’t see a substantial difference in battery life with 4G enabled or disabled as long as the workload remained the same. Obviously with a faster connection you’re more likely to surf and download more, which will in turn kill your battery quicker but from what I’ve seen 4G battery life is roughly the same as 3G battery life for an identical workload (more on this later).

A Broadcom BCM4329 controller enables 802.11n support as well as Bluetooth and FM Radio tuning. Yes, the HTC EVO 4G can function as a high priced alarm clock radio if you want it to.