The HTC Droid Incredible Review, Clearly Better than the Nexus One

HTC's Head in the Clouds

While Google’s Nexus One is setup to immediately sync to Google services, the Incredible is much more provider agnostic. The first time you power on the phone you’re asked to provide it with any email accounts you want to sync with. You’re not actually forced to supply a Google account. Of course giving the HTC Incredible your Google login will immediately sync your email, calendar and contacts but it’s not required.

It’s not just about email though. The Incredible’s setup process will ask you for your Facebook, Twitter and Flickr logins. If you share them, all of your data from those services gets pulled down into your phone. 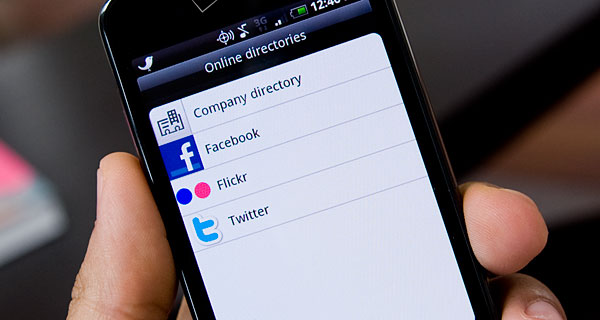 The obvious benefit is that moving to a new phone requires hardly any setup other than typing in your own login information. The downside, like on a webOS device, is that everything gets synced. My contact list on the Incredible is full of people who I seriously don’t know. I realize that’s my own fault for being too liberal in befriending people on Facebook, but it doesn’t change the situation. Just as I mentioned in my Palm Pre review however, it’s not that big of a deal. Finding the contacts I want to communicate with is relatively easy and at most I’m just risking accidentally calling someone I don’t know.

The cloud based syncing is nice for contacts because it means that you don’t have to keep up with everyone’s constantly changing contact information. If a friend updates his/her information on Facebook, it will automatically change on your phone as well. The limitation here being that if your friend’s privacy settings don’t give you access to information then you’re out of luck. There is something to be said for everyone making all information public, but I’m not quite willing to jump on the privacy is dead bandwagon just yet.

Cloud data from Facebook, Twitter, Google and Flickr is used in other ways on the phone. Everyone gets some sort of a profile pic, pulled from one of the aforementioned services, which is nice since I’m terrible about making my personal data all polished looking. Taking it one step further is the Photos app. While you get access to any photos you’ve synced with the Incredible or taken with its camera, you also get a list of all photos you have access to via Facebook or Flickr. Accessing these images is obviously slower since they all come over the cloud, but this is honestly how it has to be done. We’re one step away from having all of your photos, whether they reside in the cloud or on a personal device, all grouped together and sorted by location and faces.

HTC's supplied Friend Stream app groups together your Twitter and Facebook updates in one place. For me it meant that I had a copy of my Twitter stream with the promise of some Facebook updates mixed somewhere in there. It's still easier to view Facebook and Twitter updates independently but I get what HTC is trying to do here: pull you away from visiting websites, and using non-HTC apps and getting your experience entirely within HTC supplied software. It's HTC saying "come to my house" and under its breath adding "I will serve you ads there one day." 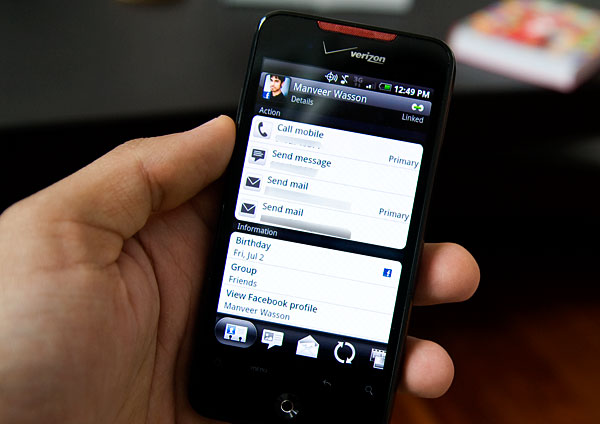 Organizing this data is important and luckily HTC’s mods to existing Android apps don’t disappoint. In the Phone app you can select a contact and get the same details you’d expect from any Android phone. The buttons along the bottom of the screen change everything though. 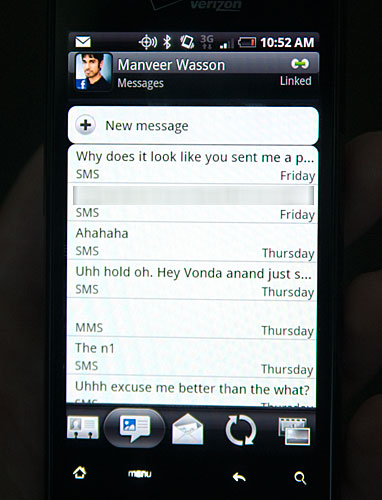 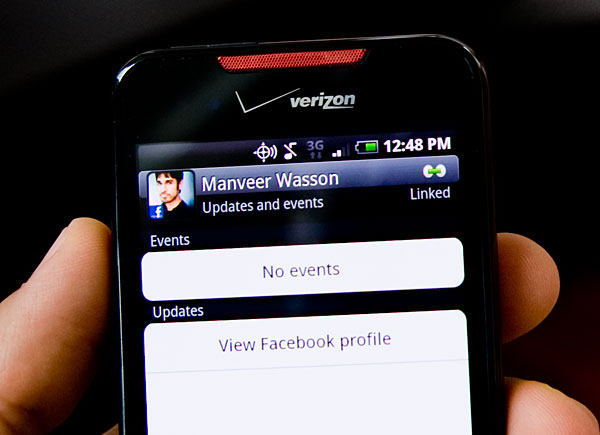 The integration is duplicated across multiple apps. The Photos app for example, lets you view photos stored locally or in the cloud via Facebook/Flickr. The same functionality appears in the Camera app when you’re browsing pictures you’ve taken. This is also true for the People app and the Phone app, most functionality is duplicated with some differences in what each app can do.

While I like being able to do the same basic things in multiple apps, I feel like HTC needed to do a better job combining these apps so you don’t have so much duplication. For example why have a separate app for photos and the camera, or people and the phone. This may be a bit of my love for webOS coming out but unification really does work if done well.